I was born in 1970 in Garmisch-Partenkirchen Germany. In 1995 I moved to Denver, CO to study Industrial Design at the Art Institute. In 1999, I transfered to San Francisco State University, where I completed my Industrial Designer degree in 2001. After completing my studies, I gained experience in large-format paintings and installations in conjunction with other artists. Among other things, a museum installation and a public mural with Rosana Castrillo Diaz and a floor painting at Vulcan Studios with Gary-Paul Prince. Most resently I am working with paper and I am working on a new installation. After I make numerous sketches and watercolors of an object, and understand the "structure", I create papier-mâché sculptures, while my new installation refers to a current environmental topic and remains a mystery until it’s completion :)

Since 2007 I live in northern Italy. Here I organize creative days for adults and run art projects for children in summer camps. I also work as a freelance graphic designer. 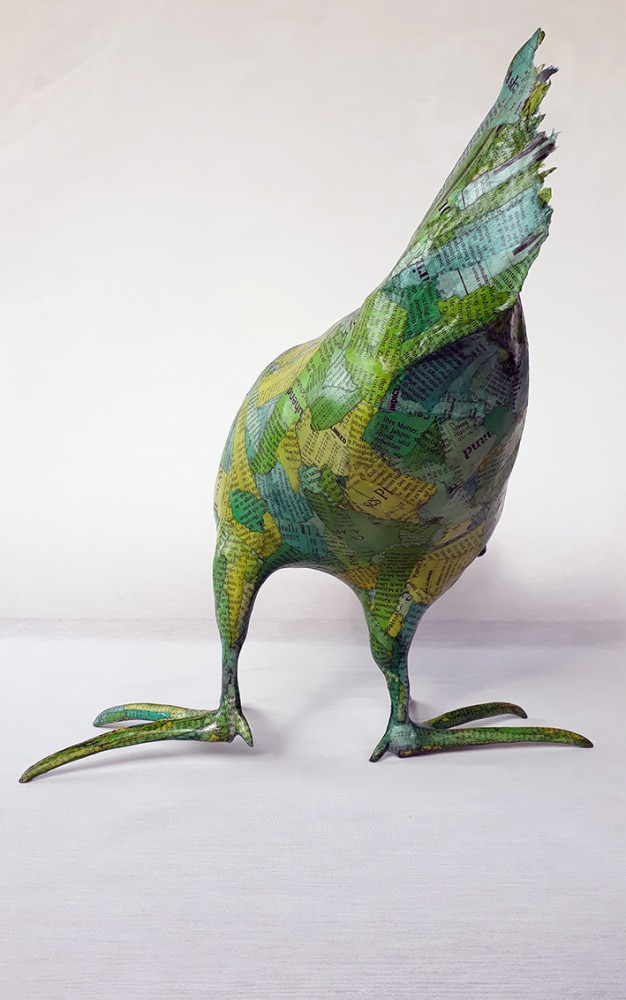 Visit me in my Art Space

Things that inspire me